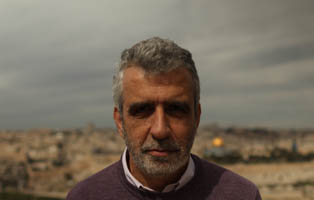 Israel Finkelstein is Professor of Archaeology at Tel Aviv University. He finished his Ph.D. in 1983, taught at the University of Chicago and the Sorbonne and spent research years at Harvard and the Hebrew University. Dr. Finkelstein has conducted many field projects, among them the excavations at Biblical Shiloh and the celebrated site of Megiddo. Finkelstein is the author of many books and about 250 articles. Notable among the books are The Archaeology of the Israelite Settlement (1988), Living on the Fringe (1995), The Bible Unearthed (2001) and David and Solomon (2006 — the latter two with Neil Asher Silberman). In 2005 Finkelstein was awarded the Dan David Prize in the Past Dimension, Archaeology. In 2009 he was named Chevalier de l’Ordre des Arts et des Lettres by the French Minister of Culture and in 2010 he received a doctorate honoris causa from the University of Lausanne. Since 2009 Finkelstein has co-directed the European Research Council-funded project titled “Reconstructing Ancient Israel: The Exact and Life Sciences Perspective”.

The Megiddo Expedition has just celebrated 20 years in the field. This presentation surveys the most significant finds for the study of ancient Israel, primarily those dating to the end of the Late Bronze Age, Iron Age I and Iron Age IIA. Special attention will be given to the contribution of science and technology, such as radiocarbon dating, geo-archaeology and palynology. Several topics will be discussed in light of the most recent evidence, such as the end of the Egypto-Canaanite system, the continuity of Canaanite life in the Iron Age I, the question of Solomon at Megiddo and the dating of the Megiddo palaces to the time of the Omride Dynasty.