Interested in the Christmas story and what it meant to the earliest Christians?

Download The First Christmas: The Story of Jesus’ Birth in History and Tradition and start receiving Bible History Daily — both absolutely free!

In this free eBook, expert Bible scholars and archaeologists offer glimpses of the first Christmas as recounted and understood by those who first told the beloved story.

The time-honored traditions of Christmas are dear to the hearts of Christians today. The story of the first Christmas recaptures the imagination as it is retold year after year in Bible readings, carols, Christmas pageants, live manger scenes and crèche displays, to name a few. Perhaps in the midst of all this, we might wonder what the story of Jesus’ birth meant to the earliest Christians. How did their story differ from the one we tell today, and what significance did they give to each member of the cast of characters?

Witnessing the Divine: The Magi in Art and Literature

Early and modern-day Christians alike have been captivated in particular by the three magi in the Christmas story. Author Robin Jensen tells us that early Christian art contains more representations of the adoration of the magi than of the infant Jesus in the manger. What key theological message did the early Christians see in the story of the magi? Jensen uncovers the answer by tracing the magi’s numerous appearances in art and literature from the period in “Witnessing the Divine: The Magi in Art and Literature.”

The Magi and the Star: Babylonian Astronomy Dates Jesus’ Birth

Perhaps the most mystifying part of the magi’s journey is the star that guides them. Scholars and astronomers have tried for some time to identify a celestial event that corresponds with the magi’s guiding star, in part because it would also pinpoint the date of Jesus’ birth. Where modern science fails to explain the mysterious star, Babylonian astronomy gives better clues in “The Magi and the Star: Babylonian Astronomy Dates Jesus’ Birth” by Simo Parpola.

What Was the Star that Guided the Magi?

Author Dale C. Allison, Jr. does not look to astronomy for an explanation of the magi’s star, though he does look heavenward. In “What Was the Star that Guided the Magi,” he suggests that another sort of celestial entity was the bright light that guided the magi’s journey to pay homage to the infant Jesus.

Where Was Jesus Born? O Little Town of ... Nazareth?

The star, tradition tells us, led the magi to the tiny Judean town of Bethlehem. However, many scholars of the New Testament have come to the conclusion that Jesus was born in Nazareth, not Bethlehem. Steve Mason’s “O Little Town of … Nazareth?” explores the the passages in the Biblical text that suggest Nazareth was Jesus’ birthplace.

Where Was Jesus Born? Bethlehem ... Of Course

Despite the belief held by some researchers that Jesus was born in Nazareth, other prominent New Testament scholars remain convinced that the first Christmas took place in Bethlehem. Jerome Murphy O’Connor supports the Bethlehem tradition using archaeology, the gospels and other ancient texts in “Bethlehem … Of Course.”

Download The First Christmas: The Story of Jesus’ Birth in History and Tradition and start receiving Bible History Daily — both absolutely free!

We’ll send you a link to download your copy of The First Christmas: The Story of Jesus’ Birth in History and Tradition and offer you a FREE registration to the Bible History Daily newsletter, bringing the world of the Bible and archaeology directly to your inbox. Your FREE registration to Bible History Daily introduces you to community discussions on fascinating topics like the Dead Sea Scrolls, top Biblical archaeology discoveries, ancient Israel and Easter. 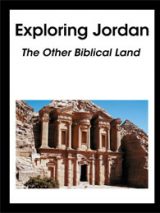 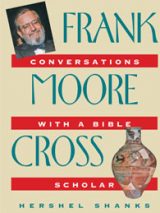