Learn about the siege of Masada, the final chapter of the First Jewish Revolt.

In this free BAS eBook, discover what archaeology reveals about the Jewish rebels’ identity, fortifications and arms before their ultimate sacrifice.

Herod’s desert fortress on the mountaintop of Masada has been immortalized as an enduring symbol of Jewish pride and determination. Although the stronghold was built by the megalomaniac King Herod, it was made famous as the site of the last stand between the besieged Jewish rebels and the relentlessly advancing Romans in the First Jewish Revolt in 73/74 A.D.

Having spent months hemming in the rebels and hoisting a siege tower to the top of the mountain, when the Romans finally breached the Jewish defenses, they were met—so the story goes—only with silence. According to first-century Jewish historian Josephus’s account, the rebels chose to commit suicide rather than be captured and enslaved by the Romans.

What is the archaeological evidence for the siege of Masada?

The Last Days and Hours at Masada

Yigael Yadin’s famous excavations of Herod’s Masada desert fortress in the 1960s brought the final chapter of the First Jewish Revolt vividly to life. What was uncovered on this long-abandoned mountaintop? In “The Last Days and Hours at Masada,” Ehud Netzer reviews Yadin’s finds, from Herod’s two palaces to the casemate wall that Josephus reports the Romans set ablaze to gain entry into the fortress. Discover how well Josephus’s dramatic—and dramatized—account of the siege
of Masada holds up to the archaeological evidence.

In an unprecedented breakthrough, paleographer Ada Yardeni recently identified the handwriting of a single scribe on more than 50 Dead Sea Scrolls from the Qumran caves. Remarkably, Yardeni identified the same scribal hand in a manuscript of the Joshua Apocryphon discovered in the Masada desert fortress, 30 miles south of Qumran. In “Scribe Links Qumran and Masada,” Sidnie White Crawford explains what this identification can tell us about the scribal community at Qumran.

It’s a Natural: Masada Ramp Was Not a Roman Engineering Miracle

Scholars have long assumed that the ramp built by the Romans to breach the rebel stronghold at Masada required a huge effort in men and material. The Masada desert fortress sat atop a lofty mesa with cliffs soaring 300 to 1,000 feet high. But a study of the geology of the region, as described in “It’s a Natural: Masada Ramp Was Not a Roman Engineering Miracle” by Dan Gill, reveals that the Romans may not have had to do much at all.

Masada: Arms and the Man

The large and diverse array of arms and armor discovered all over Masada offers a unique perspective to the Roman siege. Yigael Yadin believed that a cache of arrowheads found in two palace rooms, for example, were among the supplies the Jewish rebels set afire before committing mass suicide. Was he right? In “Masada: Arms and the Man,” Jodi Magness’s investigation into the context of these arrowheads and other weapons at Masada sheds light on the Roman and Jewish warfare tactics in the final chapter of the First Jewish Revolt.

The climactic moment of the Roman siege of Masada, in which the Jewish rebels choose suicide over capture and imprisonment, comes to us from a single ancient source—Josephus. In “Questioning Masada: Where Masada’s Defenders Fell,” Nachman Ben-Yehuda reveals that the only ancient description of the mass suicide at Masada shows signs of having been tampered with—perhaps deliberately.

The articles in this eBook are a preview of the many exciting archaeological investigations covered in the pages of Biblical Archaeology Review.

We’ll send you a link to download your copy of Masada: The Dead Sea’s Desert Fortress and offer you a FREE registration to the Bible History Daily newsletter, bringing the world of the Bible and archaeology directly to your inbox. Your FREE registration to Bible History Daily introduces you to community discussions on fascinating topics like the Dead Sea Scrolls, top Biblical archaeology discoveries, ancient Israel and Easter. 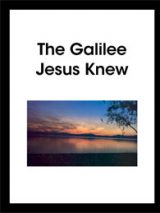