Interested in “Gabriel’s Revelation”? Download the two definitive articles on this artifact, now on display at the Israel Museum.

By Ada Yardeni and Israel Knohl

The whole world is talking about “Gabriel’s Revelation.” Israel Museum curators have called it the most important document found in the area since the discovery of the Dead Sea Scrolls.

This FREE eBook shares the two definitive publications on an artifact that has led Biblical archaeologists to reconsider ancient Jewish perceptions of messianic figures. Published just in time for the Israel Museum exhibit “I Am Gabriel” A Scroll in Stone from the Time of Herod, this eBook provides translations and contexts for the artifact and contemporary belief systems.

Ada Yardeni’s Biblical Archaeology Review article “A New Dead Sea Scroll in Stone” was the first publication of an English translation of the artifact in 2008. Later that year, Israel Knohl’s BAR follow-up “The Messiah Son of Joseph” caused an enormous stir, as Knohl deciphered a line reading “In three days, you shall live.” Knohl understood these lines from “Gabriel’s Revelation” to mean “in three days, you shall return to life (be resurrected).” Knohl’s translation and discussion, reprinted in full in this FREE eBook, have been a subject of recent discussion in international publications from The Telegraph to Fox News.

Knohl’s translation of the first-century B.C. inscription on “Gabriel’s Revelation”—and its revelations on Jewish messianism—pre-date the life of Jesus. What does “Gabriel’s Revelation” tell us about the Jewish concept of a messiah leading up to the life of Jesus? Download this FREE BAS eBook to read Ada Yardeni’s analysis of the artifact, and Israel Knohl’s discussion of the Jewish origins of a suffering Messiah and resurrection on the third day.

We’ll send you a link to download your copy of Gabriel’s Revelation and offer you a FREE registration to the Bible History Daily newsletter, bringing the world of the Bible and archaeology directly to your inbox. Your FREE registration to Bible History Daily introduces you to community discussions on fascinating topics like the Dead Sea Scrolls, top Biblical archaeology discoveries, ancient Israel and Easter. 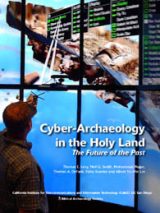