Estimates based on Jerusalem police data suggest that there were 10.5 million visits to Jerusalem’s Western Wall in 2012. An Israeli national symbol and arguably Judaism’s most sacred site, the wall was built by Herod the Great in the first century when he broadened Solomon’s Temple Mount with an extended eastern wall and new western, northern and southern walls. The major increase in worship and tourism has spurred on the construction of new facilities to accommodate the increased traffic to the site. 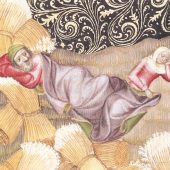