A Golan fortress fit for a giant

Nestled in the northern Golan between Tel Dan to the west and the Hermon Ski Resort to the east, there’s a site that is too often passed by: Nimrod Fortress, also known as Qal‘at al-Subayba (Fortress of the Cliff). Seasoned tourists tired of Crusader fortresses will find here something refreshingly different: an extensive Islamic fortress from those tumultuous times. Built early in the 13th century by Saladin’s Syrian-based successors (the Ayyubids), the original purpose of the structure was to keep the Crusaders at bay. But along came the Mongols, who ravaged the fortress shortly before they themselves were decidedly defeated by the Egyptian-based Mamluks in the Battle of Ein Jalut (1260). It was the Mamluk Sultan Bay-bars (r. 1260–1277) and his officer Bilik who restored and expanded the fortress, reinforcing the external ramparts with alternating square and round towers.

In time, the Crusaders, Mongols, and Ayyubids were no longer a menace to the Mamluks. With the entire region under Mamluk control, the Golan ceased being a battleground. Used intermittently as a prison, the fortress eventually fell into disuse and disrepair, ravaged by time and earthquakes.

The castle is long (more than 1300 ft) and narrow (less than 200 ft at points). The inner fortress (the keep or “donjon”) on the eastern side rises high over the western entryway. The ruins include cisterns, monumental inscriptions praising its builders and rulers, a fountain (dry, alas), and impressive ramparts all around. Oh, and there are occasional (nonfunctioning) medieval toilets. From the observation points, one can see the heights of Mt. Hermon rising above and the Hulah Valley below. On a clear day, one can see the ruins of the Crusader fortress Beaufort in Lebanon. While you can exit the structure through the main entryway, a complete tour should take you out through the dark, descending, “secret” tunnel leading to a small postern gate, not far from the main entryway. 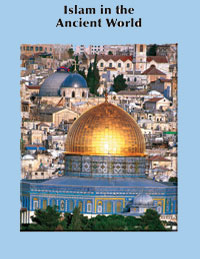 What does any of this have to do with Nimrod? Well, nothing. Presumably once the fortress was abandoned, legends grew around the place, and the locals—many of them Druze by the 19th century—connected the fortress to the legendary giant King Nimrod. Remembered as a great hunter and builder in the Hebrew Bible (Genesis 10:8–12), Nimrod also appears in rabbinic traditions, where he violently, but unsuccessfully, opposed Abraham’s monotheistic teachings, even throwing him into a fiery furnace (e.g., Genesis Rabbah 38:13). The Qur’an also records Abraham’s fiery conflicts (21:68–70; 37:97–99), though the monarch’s name (as Nimrud) is given not in the Qur’an, but in subsequent Islamic interpretive literature. These shared folkloric resonances among Jews, Christians, Muslims, and Druze have ensured that the unbelieving giant of old remains indelibly associated with the abandoned bastion.

The only way to get to Nimrod Fortress National Park is by car. Although the roads are fully paved, the driving can be tricky, with steep twists and sharp turns, some seemingly taking you in the wrong direction. We were relieved we had hired a driver. The entrance fee is NIS 22 for adults and NIS 9 for children (about $6/$2.50). Onsite travel services are limited: There are bathrooms and water fountains by the inner parking lot, near the entrance to the fortress. Snacks and cold drinks are sold there, as well, but beware: The snack bar may well close earlier than the park itself. If you stay until closing (as we did) and are in need of cold drinks or popsicles, get back in your car and drive east to the nearby Druze towns of Majdal Shams or Mas’ada, or west to Kiryat Shmonah.

We nearly missed our chance to visit when our middle son was stung twice by a wasp earlier that day on Mt. Bental. After being treated at a nearby medical clinic, a kindly nurse insisted that we keep to our original plan. “The kids will love Nimrod,” she assured us. She was right. Nimrod Fortress National park was a standout highlight of our most recent trip.

Jonathan Klawans is Professor of Religion at Boston University. He has written extensively on topics related to ancient Judaism. His next book is Heresy, Forgery, Novelty: Condemning, Denying, and Asserting Innovation in Ancient Judaism (forthcoming, Oxford Univ. Press).

Site-Seeing: “Nimrod: A Golan Fortress Fit for a Giant” by Jonathan Klawans was originally published in Biblical Archaeology Review, November/December 2018.

Tower of David Museum in Jerusalem