The Song of Songs: Love Is Strong as Death

Philip Stern’s Biblical Views column on the Song of Songs

The Song of Songs (or Song of Solomon) from the Hebrew Bible is a love song beyond compare—although it has been compared to everything. Some have deemed it ancient pornography. Others have sung its praise. In the second century C.E., Rabbi Akiva called it the “holy of holies.”1 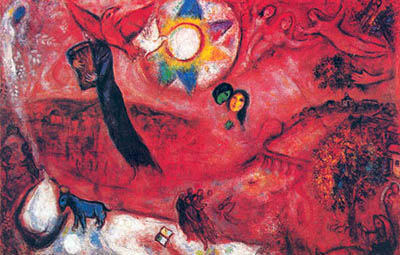 Saadia Gaon, a prodigious tenth-century scholar and rabbi, observed that Song of Songs resembles a locked door to which the key is missing. However, I believe that the key to understanding the Song is near at hand:

6 Set me as a seal upon your heart,
As a seal upon your arm.
For strong as death is love,
Harsh as the netherworld (Sheol) is passion.
Her flames are flames of fire,
a mighty blaze.
7 Torrents of water cannot extinguish love,
Rivers cannot sweep it away!
[Yet] if a man were to expend
all the wealth of his house for love,
[People] would surely heap scorn upon him.
(Song of Songs 8:6–7, author’s translation)

Although the translation “strong as death” in verse 6 is long established—going back to the earliest translation we have, the Greek Septuagint (c. 150 B.C.E.)—I would add the nuance, “fierce.”2 “Fierce” has the advantage of being a good parallel to “harsh,” and both “fierce” and “strong” are definitions available to the Hebrew reader. Both characterize the attitude toward love of the Song.

Scholars have long tangled with this passage. An example of a scholar armed with erudition and insight, yet who comes to a startling conclusion, is that of Aren Wilson-Wright of the University of Texas at Austin.3 To Wilson-Wright, “the Song identifies love with the most powerful force in the Israelite imagination—YHWH, the divine warrior.” Wilson-Wright uses the comparative method, using texts from within and outside of the Hebrew Bible. However, if you read the Song itself, you realize that Wilson-Wright is wrong. The Song has almost no mention of war, divine or otherwise, and it never uses that ubiquitous Hebrew name of God, YHWH. Wilson-Wright can come to his conclusion only by ignoring the end of the passage, “Yet if a man were to expend all the wealth of his household for love, people would surely heap scorn upon him,” which strongly militates against the idea that the poet is making a statement about love as the God of Israel.

There is thus one thing that love does not overpower among the common people, and that is money—a startlingly modern sentiment. Yet the poet probably says this wryly, as something he or she (some scholars believe a woman wrote the book4) deplores, based on the attitude toward love manifested in the entirety of this little Biblical book.

The sentiment in the last line of the Song quoted above has the ring of a proverb, and we may compare it to Proverbs 6:30–31. (The words in italics are found in the Hebrew of both Proverbs and Song of Songs):

Although the topic in Proverbs is different from the verse in the Song, the overlap in language is striking. The Song has been considered wisdom literature. Yet if we compare it to books that are clearly in the wisdom genre—namely Proverbs, Job and Ecclesiastes—we see that while the Song here and elsewhere has a connection to wisdom, it is in a class by itself. Where else in the Bible can you find lines like, “My love is mine, and I am his”?

The Song (at least on the basic level) doesn’t treat God or the fate of the people Israel: The name Israel appears but once in passing in the book—in Song of Songs 3:7. No less a Bible scholar than James Kugel (and among others, Wilson-Wright) has translated the words I translated above, “mighty blaze” (Hebrew shalhebetyah) as “flame of Yah,” where Yah is a divine name, a sort of abbreviation for the four-lettered name of God, YHWH. However, many scholars disagree and argue that the “yah” of Hebrew shalhebetyah is not to be taken as a divine name or epithet, but as a superlative (hence my translation, “mighty blaze”; compare with Jeremiah 2:31, “deep gloom”). And shalhebetyah is a reference not to the God of Israel but to love, as the continuation, “Torrential waters cannot extinguish love,” shows. “Torrential waters” come as an antithesis to the “mighty blaze,” but the word that is in parallel with shalhebetyah is love. The word that I translate as “extinguish” always refers to something burning, usually a flame—sometimes the burning of God’s wrath. (A good example is Jeremiah 7:20: “Thus says the Lord God: My wrath and rage shall be poured out [singular verb in Hebrew] … It shall burn, with none to extinguish it” [author’s translation].) Here it is love that is burning. Just so it is love whose flames are flames of fire, approaching the text from the other side. The poet’s language is crystal clear; it sings in a fresh way of the power of love. We see this, too, in the image of the woman’s wishing to be a seal on the male lover’s heart and arm to express her love, in a way that Shakespeare imitated when he wrote of Romeo wishing to be a glove on Juliet’s hand.

The poet’s aim, I would posit, is to sing of love with all the power of the Hebrew tongue. The Song is not a polemic, as some think, but a song of victory celebrating romantic love. And Song of Songs 8:6–7 is the “key” that unlocks the poem. A brief example: Chapter 3 begins with the woman on her bed, apparently dreaming. Yet she awakes and rouses herself in search of her love, encounters the city watchmen, and then finds her man. There are scholars who claim the whole thing must be a dream, because no woman would go out at night in ancient Jerusalem. It seems to me that a young woman—presumably a teenager—who is madly in love would risk going out at night. Chapter 5 fleshes out this contention. The lover knocks, but the woman is slow to answer. He disappears into the night, and she heads after him, only to receive a hiding—perhaps actually a wound—from the watchmen.

The poet isn’t naïve: “Harsh as the netherworld is passion.” Thus we see that the passage with which we began is the key to these two episodes, for to the impetuous young woman, “love is strong as death.”

Biblical Views: “Love Is Strong as Death—but Don’t Spend the Family’s Wealth” by Philip Stern was originally published in Biblical Archaeology Review, January/February 2017. It was first republished in Bible History Daily on February 13, 2017.

Dr. Philip Stern is the author of The Biblical Herem: A Window on Israel’s Religion Experience (1991), and his current projects include aiding a colleague with a translation of Job and working on a commentary of the Song of Songs.