Throughout history, Tel Gezer played an important role in the cultural-political milieu of the strategic coastal plain of the southern Levant. To most, the site is best known from the Hebrew Bible, where the once mighty Canaanite city is given as a dowry gift to Solomon by the Egyptian pharaoh (1 Kings 9:15–17). However, the site and history of Gezer have far more to say than what is written in scriptures. Indeed, a study of Gezer offers both context for the biblical account as well as a fascinating look at a city in the crosshairs of ancient Near Eastern powers. Situated on the border between the Shephelah and the coastal plain, Gezer was a powerful Canaanite city-state of the Bronze Age (c. 3300–1200 B.C.E.). Strategically located along the ancient “Way of the Sea,” the main north-south route that connected Egypt to Syria and Mesopotamia, Gezer also guarded one of the primary routes between the Mediterranean coast and the central hill country. This position established Gezer as a major player in the matrix of Canaanite city-states, as it was able to utilize its location to be a major hub for trade. It was this position, however, that placed Tel Gezer squarely in the crosshairs of Canaan’s powerful neighbor to the west, Egypt.

The main story of Tel Gezer begins in the Middle Bronze Age (c. 2000–1550 B.C.E.). With the slow decline of Egyptian power towards the end of this period, Canaanite culture flourished, and numerous cities were founded across the region or became fortified for the first time. While Gezer was previously inhabited during the Chalcolithic period (c. 4300–3300 B.C.E.) and the Early Bronze Age (c. 3300–2000 B.C.E.), settlement consisted largely of cave dwellings and simple structures built across the mound.

The Middle Bronze Age saw the construction of Gezer’s massive fortifications, including an earthen rampart and a massive wall constructed of large stone blocks and towers. Gezer would have been an imposing city during this period, thriving from the extensive trade routes that it guarded. The discovery at Tel Gezer of at least one Akkadian tablet dating to this period demonstrates that the city was large and powerful enough to support a scribal class.

Other Middle Bronze Age finds include one of the largest and oldest water systems ever discovered in the ancient Near East. The system, which extends hundreds of feet below the tell, was constructed at the same time as the city’s fortifications, and today is one of the most impressive structures visible on the ancient mound. However, the most mysterious archaeological remains are Tel Gezer’s famous monoliths. These ten standing stones, some more than 10 feet tall, were originally interpreted as a cultic “high place” dedicated to child sacrifice based on the presence of several infant burials found nearby. However, this conclusion was later abandoned, as further excavation demonstrated that the burials and stones date to different periods. Instead, the current proposal is that these stones were put up in remembrance of an event, perhaps in commemoration of a covenant that took place between Gezer and its neighbors. With the dawn of Egypt’s New Kingdom (c. 1570–1070 B.C.E.), Gezer’s control over trade routes became a clear threat to Egyptian interests in the region. During this period, which coincides with the Late Bronze Age (c. 1550–1200 B.C.E.), Egypt’s pharaohs marched into Canaan numerous times as they sought to control its trade routes and exact taxes from the local city-states. One of Egypt’s favorite targets was Gezer. Several Egyptian monuments and texts boast of the campaigns of various pharaohs who subdued Gezer, including Thutmose III (r. 1479–1425 B.C.E.), Thutmose IV (r. 1400–1390 B.C.E.), and Merneptah (r. 1213–1203 B.C.E.). Gezer also shows up several times in the Amana Letters, which reference the city’s domination over many of the towns and villages along the coast, including the important port of Jaffa.

Enter Pharaoh Merneptah and the first major intersection between the stories of Tel Gezer and the ancient Israelites. While Merneptah’s famous stele, dating to 1208 B.C.E., is known for providing the earliest historical reference to ancient Israel, it also mentions the Canaanite city of Gezer. According to archaeologists Steven Ortiz and Samuel Wolff, who write about Merneptah’s campaign in the Summer 2022 issue of BAR, “While history books focus on the stele’s reference to Israel having been ‘wasted without seed’ during Pharaoh Merneptah’s campaign into southern Canaan, the bigger prize was almost certainly the prominent Canaanite city-state of Gezer.” Excavations at Tel Gezer have connected a thick destruction layer to this dramatic event, especially within a large elite residence that met a violent end. Both pottery and radiocarbon samples date the building’s destruction to the late 13th century, the time of Merneptah.

Moving into the Iron Age (c. 1200–586 B.C.E.), we find more direct connections between Tel Gezer and the biblical text. According to 1 Kings 9:16–17, “Pharaoh king of Egypt had gone up and captured Gezer and burned it down, had killed the Canaanites who lived in the city and had given it as dowry to his daughter, Solomon’s wife; so, Solomon rebuilt Gezer.” While the historical details of this passage are debated, many excavations and studies have focused their attention on this period. Perhaps the best-known archaeological feature from this period is the site’s so-called “Solomonic” gate. The six-chambered gate has often been associated with the building projects at Gezer, Hazor, and Megiddo ascribed to Solomon in 1 Kings 9:15. Along with the gate, a substantial casemate wall, defensive tower, and administrative building have been uncovered that all relate to the gate structure. While it is possible that the casemate wall encircled only a small section of the site, the power displayed by this fortification would have been clear. But can this gate and fortification system be associated with Solomon? While some archaeologists believe it was built later, recent excavations support its Solomonic attribution. As outlined by Ortiz and Wolff in the Jerusalem Journal of Archaeology, this fortification system was violently destroyed around the third quarter of the tenth century, a dating that is supported by both pottery and radiocarbon dates. This date lines up with the Egyptian pharaoh Sheshonq’s (biblical Shishak’s) campaign into Judah, which is mentioned in both 1 Kings 14:25 as well as in Sheshonq’s own inscriptions and monuments. Thus, Gezer’s fortifications must have been built before this campaign, likely during the reign of King Solomon.

Gezer would go on to become an Israelite city before it was eventually captured by the Assyrian king Tiglath-Pileser III in 734 B.C.E. Gezer remained a site of Assyrian control through the seventh century, though its importance had greatly waned. The site might have witnessed a slight resurgence in the Hellenistic period (c. 332–37 B.C.E.), but by the time of the Roman Empire, it was only a sparsely populated agricultural settlement. Today, with continual support from archaeologists and advocates, including the late BAR Editor Hershel Shanks, Tel Gezer is a national archaeological park in Israel. In the summer of 2022, a fire broke out at the site, which burned much of the park’s infrastructure but left the archaeological remains largely undamaged. Over US $1 million has already been pledged to repair the damage.

The Sad Case of Tell Gezer

A Heritage in Danger 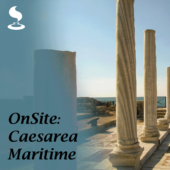