From the May/June 2019 issue of Biblical Archaeology Review

All too often when the words “archaeological provenance” and “museum” appear in a sentence together, we hear disturbing stories of black-market antiquities deals, anonymous middlemen, falsified customs paperwork, smuggling activities, federal civil complaints, and forgeries.

This past February (2019), the Metropolitan Museum of Art (the Met) in New York had a brush with this underworld, and their response was laudable.

The Met abruptly closed a museum exhibition featuring a gilded coffin of a first-century B.C.E. Egyptian priest named Nedjemankh, who served the ram-headed god Heryshaf of Heracleopolis Magna. The Met shut down this well-publicized exhibition after evidence surfaced that the centerpiece of the exhibit, the golden coffin, which it had purchased in 2017 from a Paris art dealer, had been looted from Egypt in 2011.

The art dealer who sold the coffin to the Met presented phony documents making it appear that the coffin had proper provenance, including a forged Egyptian export license claiming the object had been legally acquired in 1971. When the Met learned of this, they immediately shuttered the exhibit and made the decision to return the coffin to the Egyptian Ministry of Antiquities. The Met will now seek to recoup the nearly $4 million it paid for the coffin.

I applaud the Met’s actions. Museums should not purchase unprovenanced goods or items on the black market. And when cultural heritage items have been demonstrated to be stolen, they should be returned to their lands of origin.

This then raises the question: Are there any other items in museums that should be returned or repatriated to their countries of origin? The Getty’s Victorious Youth appeared in the Power and Pathos: Bronze Sculpture of the Hellenistic World exhibit at the National Gallery of Art in DC in 2015–2016. Photo: Robin Ngo.

Some already have been. In 2008, the Met returned the Euphronios Krater, a 2,500-year-old Greek terracotta calyx-krater depicting a scene from the Trojan War, to the Italian government after it was demonstrated that it had been looted. In 1999, the J. Paul Getty Museum in Malibu, California, returned three objects to the Italian government after determining they had been stolen, including a second-century C.E. torso of the god Mithras, which had been acquired in 1982 from a private collection.

However, in December 2018, the Italian high court ruled that another prized Getty holding, the famed 2,000-year-old bronze statue known as “Victorious Youth,” must be returned to Italy. Thus far, the Getty has refused to return the statue, arguing that it was recovered from the Adriatic Sea in 1964 by Italian fishermen in international waters and was therefore not technically looted.

And then there are some well-known objects in European museums. Perhaps the most famous examples are the Elgin Marbles, the statuary that once adorned the top of the Parthenon and other ancient buildings in Athens that now reside in the British Museum in London. In 2009, the Greek government opened the Acropolis Museum next to the Acropolis in Athens and reserved the entire top floor for the future return of the Parthenon Marbles.

Should the British Museum likewise return the Rosetta Stone to the Egyptian government, as the famed trilingual inscription was seized by British soldiers and transported to the British Museum in 1801 after their defeat of Napoleon’s army in Egypt? Egypt’s nearly completed Grand Egyptian Museum, opening in 2020 near the pyramids of Giza, has reserved a place of honor for the famous key to unlocking the mystery of Egyptian hieroglyphs. 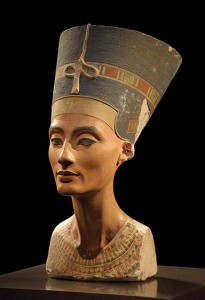 What of the famous bust of Nefertiti in Berlin’s Neues Museum? It, too, is obviously part of Egypt’s cultural heritage. The National Museum of Iraq has made multiple demands of the Pergamon Museum in Berlin for the return of the Ishtar Gate taken from ancient Babylon and many calls on various museums for the return of dragons, lions, and other art taken from Babylon’s Processional Way.

The Siloam Tunnel Inscription, which was chiseled out from Hezekiah’s Tunnel in Jerusalem, is on permanent display at the Istanbul Archaeology Museum in Turkey. Israel would like it to be repatriated.

The question of who owns history and where we draw the line with regard to repatriation of cultural heritage objects will always be debated. But on this occasion, the Met got it right. Let us hope that other museums will follow the Met’s example of responsible leadership.