Did Jews have a faith crisis following the Second Temple destruction? Relief on the Arch of Titus in Rome depicting Roman soldiers carrying the menorah, showbread table and trumpets looted from the Temple in Jerusalem. Did Jews have a faith crisis following the Second Temple destruction? Photo: Robin Ngo.

In 70 C.E., the First Jewish Revolt culminated with the Roman destruction of the Temple and the fall of Jerusalem. According to Jewish historian Josephus, whose testimony of these events is the sole surviving work “of a witness” to have come down to us, more than 1.1 million died, and 97,000 Jews were taken as prisoners (Jewish War 6.420).1 The complete and deliberate demolition of structures at the hands of the Romans following the revolt has been exposed in archaeological excavations throughout Jerusalem.2

Did Jews have a faith crisis after the Second Temple destruction and the horrors that followed? In his Biblical Views column “A Crisis of Faith in the Wake of the Temple’s Destruction?” in the November/December 2015 issue of Biblical Archaeology Review, Jonathan Klawans explores apostasy in Judaism—the abandonment of faith.

Certainly, to see the total annihilation of Jerusalem’s central religious institution, to witness the slaughter of countless friends and family members, and to be an enslaved prisoner-of-war would have been utterly devastating. But, Boston University Professor of Religion Jonathan Klawans asks, is it fair to wonder if mass apostasy in Judaism occurred after the First Jewish Revolt? Some scholars have asserted that there was a faith crisis among Jews following the Second Temple destruction.

We don’t actually have any evidence—literary or otherwise—for apostasy in Judaism in the first century C.E., Klawans contends. Why have scholars, therefore, suggested that the ancient Jews had a major faith crisis? 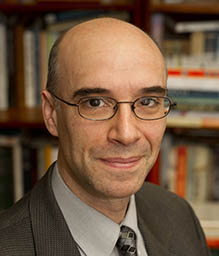 Jonathan Klawans contends that scholars who propose mass apostasy in Judaism occurred following the Second Temple destruction may be influenced by modern crises of faith.

“[T]he question isn’t really whether there was or wasn’t mass apostasy—for this cannot be known,” Klawans writes. “The question is really why modern scholars suppose there must have been mass apostasy, even though we lack concrete evidence.”

For Jonathan Klawans, the answer lies in modern history:

Learn more about the question of mass apostasy in Judaism and the ancient Jews’ experience through the First Jewish Revolt by reading the full Biblical Views column “A Crisis of Faith in the Wake of the Temple’s Destruction?” by Jonathan Klawans in the November/December 2015 issue of Biblical Archaeology Review.

BAS Library Members: Read the full Biblical Views column “A Crisis of Faith in the Wake of the Temple’s Destruction?” by Jonathan Klawans in the November/December 2015 issue of Biblical Archaeology Review.

1. While Josephus’s writings have been invaluable for understanding Jewish history and culture during the Hellenistic and Roman periods, the accuracy of his descriptions have long been questioned by scholars. For more on Josephus, see Steve Mason, “Will the Real Josephus Please Stand Up?” Biblical Archaeology Review, September/October 1997.