Does archaeology match the biblical description of ancient Judah? The new study examined six major characteristics of royal architecture from the Iron Age II: recessed doors, rectangular roof beams, ashlar stone masonry, volute capitals, window balustrades, and decorated bases. Of these six characteristics, five are found within Judah during the Iron Age II and three (recessed doors, rectangular roof beams, and ashlar stone masonry) have recently been uncovered in archaeological contexts dating to the tenth century, the period of David and Solomon. More surprising still is that the earliest examples of rectangular roof beams and ashlar stone masonry come from Judah, while only one of the architectural features (recessed doors) shows up in neighboring kingdoms before the ninth century. According to the study’s authors, this proves that “The beginning of royal architecture took place very early in Judah, much earlier than any of the other political units known in the Levant … Such royal architecture is mentioned in the biblical tradition in relation to David’s palace, Solomon’s palace, and Solomon’s temple.”This builds upon other studies by Garfinkel and his colleagues which have sought to show that Judah was a developed polity already in the tenth century, two centuries earlier than many scholars believe.

During the Iron Age, specific architectural styles were commonly employed as a way for the ruling elite to display their power and wealth. The presence of these styles in archaeological contexts has been widely used to establish the existence and dating of the Iron Age kingdoms of the southern Levant, although some have suggested that this has led to an architectural bias in archaeology. The absence of many of these characteristics at sites associated with the early kingdom of Judah had long been used to strengthen the minimalist position that the Judah of David and Solomon was a modest and insignificant polity. According to Garfinkel, “The main problem is Jerusalem: Jerusalem was the capital, and one would have expected palaces and temples and clear architectural features emphasizing the power of David and Solomon, but we do not have clear archaeological remains in Jerusalem from that period.” But, he argues, this should not be surprising, as Jerusalem was continuously inhabited from the tenth century until its destruction by the Babylonians in 586 B.C.E. During the period, the city was constantly built up and expanded, thereby erasing much of the evidence that might have provided clear stratified deposits but also muddling much of the evidence that does remain. 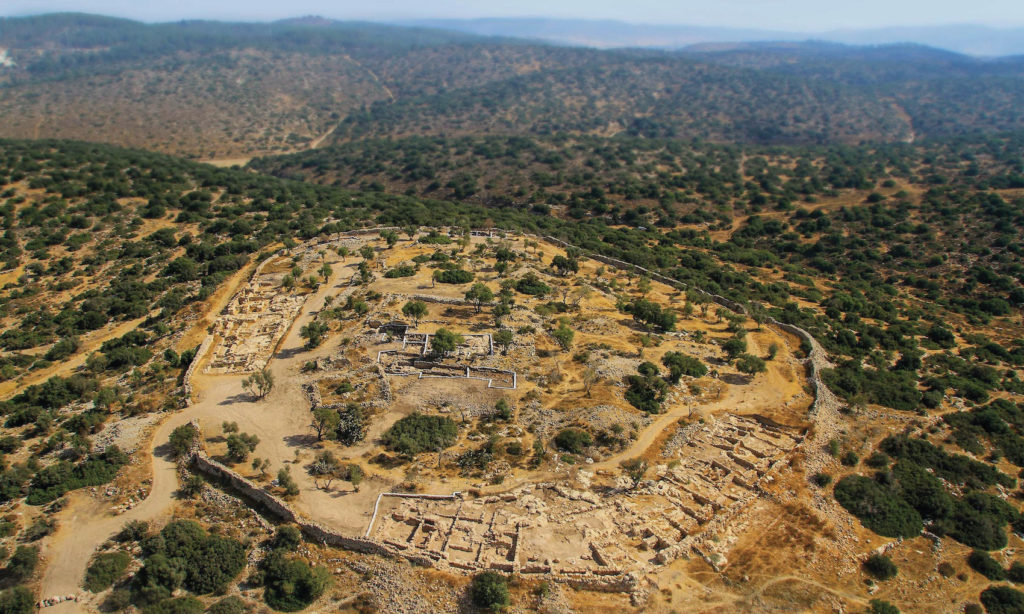 Recent excavations in Israel, however, especially at the site of Khirbet Qeiyafa, have drastically rewritten this narrative, providing new evidence for the use of royal architecture in early Judah. Although there is still much debate about the dating of particular objects, buildings, and events, continued excavations in the Judean foothills, at sites like Khirbet Qeiyafa, Khirbet el-Ra’i, Socoh, and Lachish, have revealed a small yet rapidly expanding kingdom during the Iron Age IIA period (c. 1000–925 B.C.E.).