Did Jesus of Nazareth, “the man Christ Jesus” (1 Timothy 2:5), really exist? What’s the evidence outside of the Bible? Classical and Jewish writings from the first several centuries C.E. give us a glimpse of the person who would become the central figure in Christianity mere decades after his crucifixion. 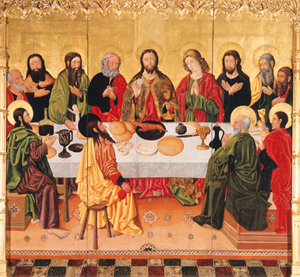 Many assume that Jesus' Last Supper was a Seder, the ritual Passover meal. Examine evidence from the synoptic Gospels with scholar Jonathan Klawans. Read the 114 sayings of Jesus from the Gospel of Thomas as translated by Stephen J. Patterson and James M. Robinson. Did Jesus use a magic wand when performing his miracles? It seems so—if we are to judge by some of the earliest depictions of Jesus […] Read letters published in the Q&C section of BAR debating the dates of Herod’s death, Jesus’ birth and to which lunar eclipse Josephus was referring. What did Jesus look like? In “Painting a Portrait of Jesus,” D. Moody Smith examined the difficulties in answering this question. Theological scholar Andrew McGowan examines how December 25 came to be associated with the birthday of Jesus and became Christmas, a holiday celebrated by Christians around the world.

If Jesus was born in Bethlehem, why is he called a Nazorean and a Galilean throughout the New Testament? Philip J. King addresses this question in his Biblical Views column. In which year was Jesus born? While this is sometimes debated, the majority of New Testament scholars place Jesus’ birth in 4 B.C. or before.